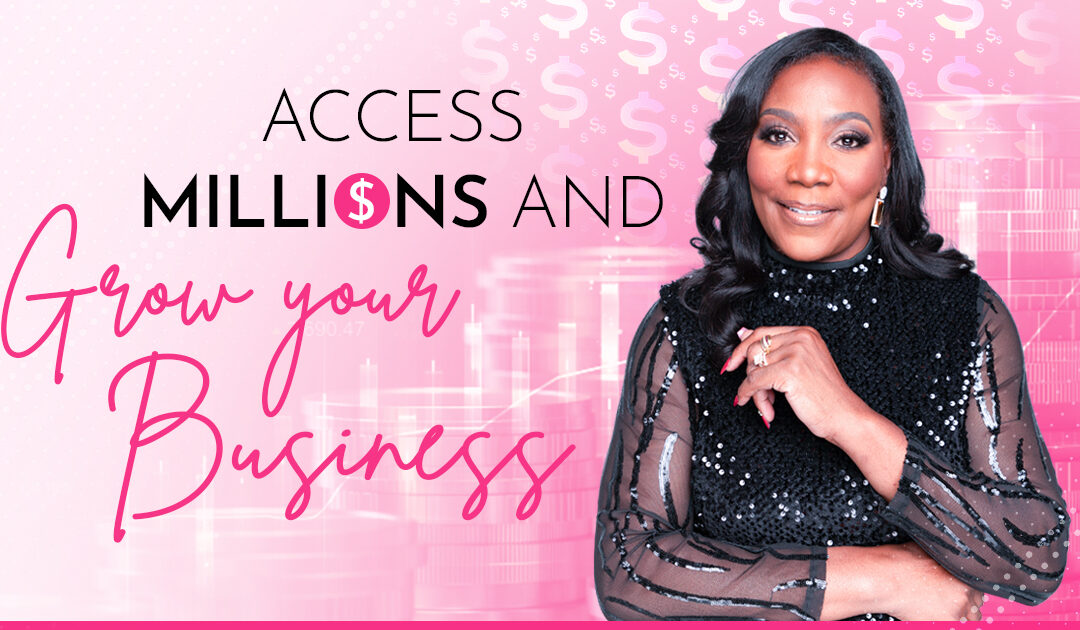 Government Contracting is the gateway to earning your first million or multiplying your existing million dollars. Do you think you have what it takes? Read on to find out how you can grow your business with the world of opportunity that comes with the Trillion Dollar Secret.

Success comes with the small victories where you feel like you’re beginning to get on the right track towards that first million or that you’re ready to land your next million dollars. This information is for you if you feel like you’ve been stuck at the same place with no sign of ever being able to break through to add those zeros to your annual revenue. Understand what you’ve got to do today to start reaching that goal.

As a government contract strategist, Karwanna D has helped over 300 or more small business entrepreneurs collectively add an additional three million dollars in revenue that they didn’t even know they could go after! Add in those hundreds of thousands or even hundreds of millions to your bank account by leveraging the strategies and systems used by Karwanna herself!

Today, we’re going to discuss 5 tips that are going to get you to your first million or help you add more millions to your existing million-dollar income!

All we want to hear is that you are not only reading about these tips and tricks but also that you are taking initiative on the information that is shared here.

Head off on your journey in adding that million dollars or getting that additional million by following the exact strategies that got Karwanna a $70K dollar deal as her first government contract!

One of the main things that people forget is that you’ve got to become the person who gets the million-dollar contract. This is super important because most people just think that they should just have the thing without becoming the person.

Here’s the thing, your success formula depends on these three prongs,

All of these ideals are based on biblical principles that are going to help you be well on your way to creating a successful business empire.

Be is the identity. Who do you identify as? Usually, the people who have gotten the thing that they want have gotten all of that based on who they already are. You have what you have, based on who you currently are. So that means you’ve got to do a lot more growing, personal and professional development, and shift that identity to start heading towards adding those extra zeros to your business bank account. Basically, you’ve got to IDENTIFY as a millionnaire.

Do is the action. In order for you to have a million dollars, you can’t be sleeping till 12 o’clock in the afternoon. If you snooze you lose. You need to take action to elevate your existing status and actively take control of your daily schedule. In order to get the million/s, you must DO what it takes. The property is always going to be the outcome of the action. If you don’t DO, you can’t HAVE.

Have is to possess. This is where we want you to be. When you start BEING and once you DO, you will start to HAVE. After following the first two prongs of the success formula, you are guaranteed to get the outcome that you want. Once you become the person that does the thing to get that!

To those who keep asking me, what are the guarantees? Here you go!

If you become the person that does the thing to get what you want, you will get the thing you desire. Just like they say, faith without works is dead! If you want to make millions, you’ve got to have a game plan to do the work to get to the millions. But in order for you to even craft up your game plan, you’ve got to become the person who creates the game plan. And sometimes you can’t really do that alone because you don’t even know what it is that you need to be doing in order to get there.

What most people don’t understand is when you put yourself in a situation where you don’t take action, you’re just not going to get anything in return either. It is an exact science. Every action does have a reaction. So every time you take action, it has that reaction of you getting something in return. With government contracting, that reaction just so happens to come in MILLIONS!

Here’s the thing, most small business entrepreneurs have not become the person that takes action or pays the processing fee to the government in order to access thousands or millions of dollars. They are not ready to take the risk of letting that 3 figure sum go to waste. But let’s put things into perspective if you had a couple of hundred dollars and 900,000 dollars in front of you, which one would you pick? You’d most certainly go for the 900,000 right?

So whenever we hear small business owners talking about being reluctant to pay a standard price, all we understand is that they are not ready to identify as someone who is ready to do what it takes to get a million dollars!

There is a price for greatness. You have to pay something, whether you’re paying with time, money, or a little bit of both. There is always going to be a sacrifice in order to get the thing. In this case, you’ve got to become the person who pays the fee. Only then will you have the knowledge to understand what it takes to possess a million dollars.

You can hear more about how to pitch your business to the government at https://www.youtube.com/watch?v=pPdICZsb_PY Take the 5-Day Challenge to get prequalified for government contracting at GovConChallenge.com and build the business of your dreams!

No comments to show.